Rock the seas with Poseidon and claim his riches.

Rise of Poseidon is the latest slot machine developed by Rival Gaming. It was officially unveiled on September 6 and it is already one of the most popular game at the casinos powered by the software developer. It has a classic 30 line structure, with five reels and multiple winning combinations that keep players at the edge of their seats. Available in instant play and downloadable format, the game can also be played on mobile devices.

Plunder the Seas for Untold Riches

The Greek God of the sea, storms and earthquakes is the one that inspired Rival Gaming when developing this game. In ancient legends, he ruled the island of Atlantis with Amphitrite, the goddess of the sea and held dominion over all aquatic creatures. Rise of Poseidon invites players to take a virtual voyage into the realm of legends and get them immersed into the mystical atmosphere with unique symbols.

The animals of the ocean appear on the reels as symbols capable of triggering winning combinations. The best paying one is the wild symbol, depicted by Poseidon himself, wielding the famous trident. An impressive sight, the wild symbol depicts other signs and triggers a 2x multipliers. The storm unleashed unveils free spins which can be re-triggered, therefore players spin the reels for free several times.

Players can take advantage of the exclusive OCR offer at Sunset Slots Casino. By redeeming the SS25FS bonus code they receive 25 free spins and then they can cash in on a 35 no deposit bonus by using the OCR35FRE promo code. 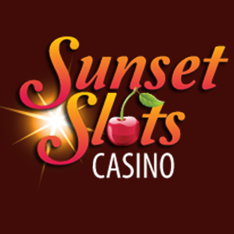