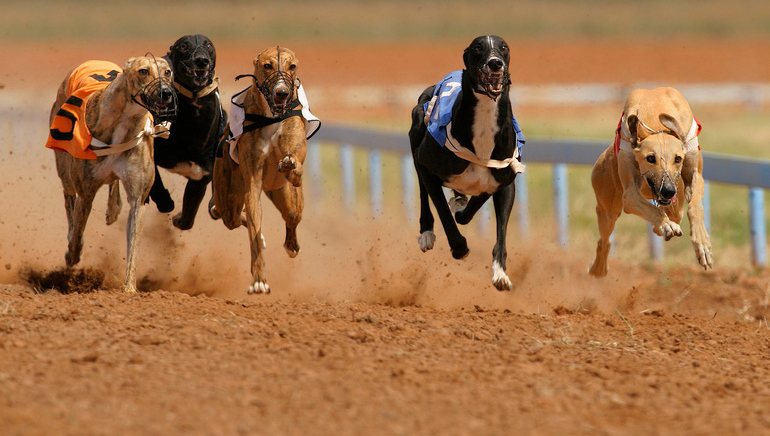 Greyhound racing has a long history in South Africa. Animal lovers object as the sport may finally be legalised.

In Wales in the 10th century, the king declared that the punishment for killing a greyhound was the same as that for killing a person - death. In the days of the Egyptians, greyhounds were valued by the pharaohs for their grace, beauty and mild temperament. Now in the 21st century greyhounds are prized for only one thing -speed.

Historically, greyhounds are the most revered species of dog. Eliminating greyhound racing and the cruel practices that surround the sport will ensure that these beautiful dogs live out their lives in dignity, just as the ancient Egyptians envisioned.

But it will mean eliminating an entire industry. In South Africa, a country where greyhound racing is popular but illegal, the Department of Trade and Industry is about to investigate the possible legalisation of greyhound racing: "we will, of course, include aspects such as animal welfare, social, economic and political issues," the organisation has stated.

Racing is illegal in South Africa, Greyhound racing was banned in South Africa years ago because gambling was regarded as immoral by the church. This was strange as other forms of animal racing, i.e. horse racing, pigeon racing and even ostrich racing are all perfectly legal.

But now that other forms of gambling have been legalised in South Africa, the greyhound racing issue has re-surfaced.

The University of the Free State Faculty of Law, under the supervision of Prof Elizabeth Snyman-Van Deventer, has been appointed to oversee the process.

According to The National Society for the Prevention of Cruelty against Animals (NSPCA), the legalisation of dog racing will result in suffering, unspeakable living conditions and often untimely and brutal death for thousands of greyhounds.