Combat the Gladiator, Hit the Jackpot 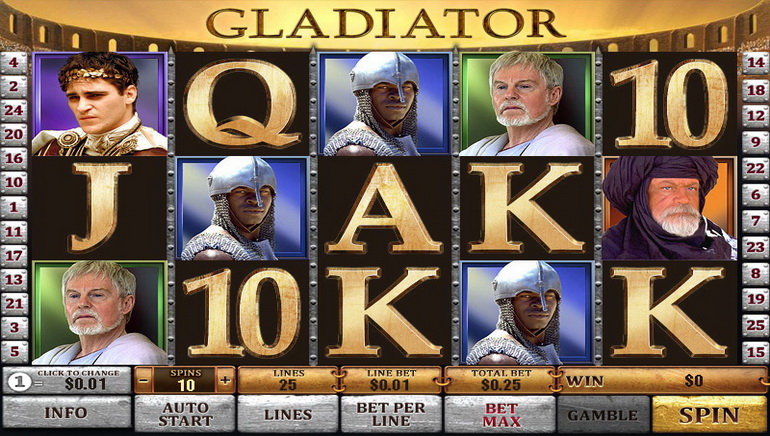 There are loads of fantastic games on offer at the Casino Swiss. On February 12 there was a giant jackpot of $8.2 million, which was hit, part of a massive total of nearly 15 million in progressive jackpots.

Players can’t get enough of the fantastic games and the huge jackpots that they offer. With a beautiful website and incredible graphics the Casino Swiss is a very impressive looking online casino and players always love the thrill of playing there. With games ranging from classics like Roulette to ultra-modern online slots like the Gladiator there is something for everyone at the Casino Swiss.

The Gladiator slot is a very impressive game that has 5 payreels and a massive 25 paylines for players to light up with their coins. The stake levels make this game great fun for players who enjoy playing low stakes games and for those who like the high end action. A single cent is enough to spin the reels and as much as $5 can be spent on each coin, with 25 different paylines that is a massive amount that can be wagered with each spin.

The maximum jackpot to be won is a huge 5,000 coins with a secondary jackpot of 1,000 coins with loads of smaller amounts that are constantly being given away by this well paying slot. Featuring cut scenes from the blockbuster film of the same name and icons that are pictures of different characters from the film this game is perfect for fans. The Gladiator online slot is one of dozens of very impressive games that are just waiting to be played by gamers who just love the feeling of hitting the jackpot!